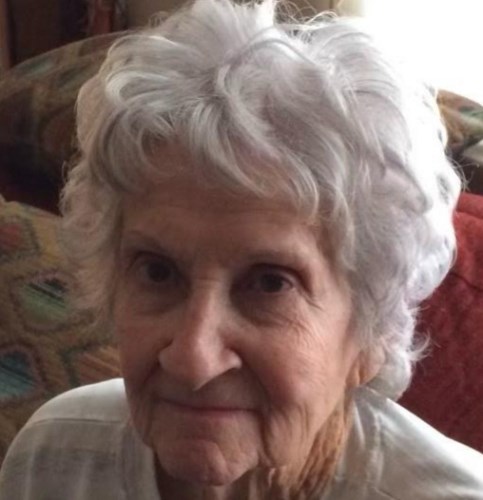 FUNERAL HOME
Hood Mortuary - Durango
1261 East Third Avenue
Durango, CO
Sharon LaVoyce Brittain passed away from COVID 19 on January 26, 2021. She was born on October 7, 1932, in Rankin, Texas to Lois Opal Carlile Wood and Frank Weldon Wood. She graduated from Andrews High School, Andrews, Texas where she was known as the band majorette, the first chair percussionist with the band and the best typist in the state of Texas. She attended Abilene Christian University, a member of the Abilene Symphony Orchestra, and the first chair percussionist with the college band. She married Harland James Brittain in 1951. Mr. Brittain was a career noncommissioned officer in the United States Air Force. They traveled in most of the fifty states and lived in Napa, California, Tripoli, Libya, North Africa, Yuma, Arizona, Tampa, Florida, Marquette, Michigan, London, England, Limestone, Maine, Bayfield, Colorado, and Albany, Oregon. Sharon worked for the federal government for 30 years, retiring in 1992 from the Environmental Protection Agency, Corvallis, Oregon. She enjoyed making quilts for family and friends, a hobby she inherited from her grandmother, Lois Carlile. Sharon was preceded in death by her husband in 2001. She had lived in Durango, Colorado since 2003.

Sharon is survived by 4 sons and their spouses, Steven and Mary Jeanne of Durango, CO., Jim and Liz of Aztec, NM, Frank and Debbie of Albany, OR., and John and Cindy of Bayfield, CO.; her grandchildren; Stanley James Brittain, Michael Brittain, Danika Roberts, Eric Brittain, Jessica Hayes, Jennifer Boniface, Louis Brittain, and Joseph Brittain, and 16 great grandchildren.
To plant trees in memory, please visit our Sympathy Store.
Published by Pine River Times on Jan. 28, 2021.
MEMORIAL EVENTS
No memorial events are currently scheduled.
To offer your sympathy during this difficult time, you can now have memorial trees planted in a National Forest in memory of your loved one.
Funeral services provided by:
Hood Mortuary - Durango
MAKE A DONATION
MEMORIES & CONDOLENCES
Sponsored by Hood Mortuary - Durango.
1 Entry
I’m so sorry for your loss. My heart hurts for you and the family.
Thinking of all of you during these times.
Sweetie Marbury
Friend
January 29, 2021
Showing 1 - 1 of 1 results