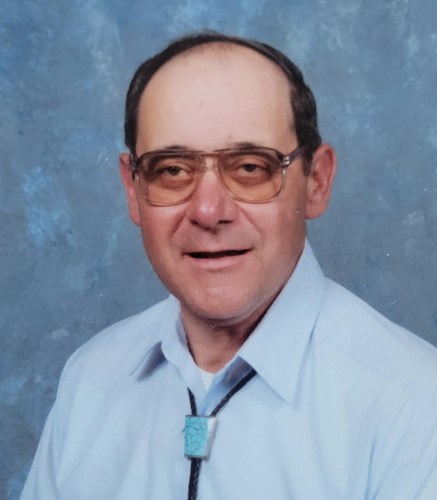 Richard lost his mother when he was only 8 years old. After her death, he spent four years at military school where he was known as Staff Sergeant Bukovec. He returned home to work for his father at Model Tire Store in Durango, where he became a partner in the business. When he turned 18, he joined the National Guard and served for eight years.

On March 17th, 1974, he married Edith Horvath at the Niles Baptist Church in Las Vegas, Nevada. Edith became his business partner and co-owner of Model Tire Store in 1979. The business was owned and operated by the two of them until 2010 when he retired. Edith continued to operate the business until March of 2017, when she officially closed the doors. Richard is survived by his wife, Edith, their beloved dog, Abbey, and many nieces and nephews and their children.

A private service will be held for immediate family members in the coming week and an open memorial will be held in the Spring. If you would like to be notified with details on the open memorial, please contact Carol Little.

Donations may be made in his name to the charity of your choice.
Published by Pine River Times on Dec. 20, 2021.
To plant trees in memory, please visit the Sympathy Store.
MEMORIAL EVENTS
To offer your sympathy during this difficult time, you can now have memorial trees planted in a National Forest in memory of your loved one.
Funeral services provided by:
Hood Mortuary - Durango
MAKE A DONATION
Please consider a donation as requested by the family.
MEMORIES & CONDOLENCES
Sponsored by Hood Mortuary - Durango.
0 Entries
Be the first to post a memory or condolences.