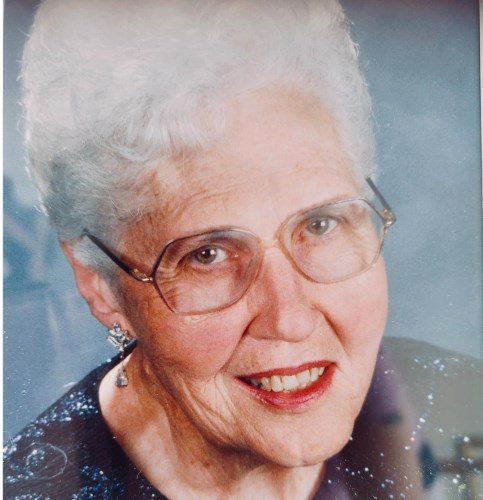 FUNERAL HOME
Hood Mortuary - Durango
1261 East Third Avenue
Durango, CO
Mildred Eileen McCoy, of Durango, Colorado, entered the gates of heaven on October 8, 2021 and is rejoicing with the Lord and loved ones. She was 91 years old. She was born to parents Winifred and Roy Haynes in Page, Nebraska. She obtained a Bachelor of Science in Education from Nebraska Wesleyan University. She taught school in Page and Denton, Nebraska.

Mildred married Robert Robinson in 1951 and divorced in 1963. Mildred had four children: Jeannie, William, Barbara and Susan. Mildred met Orville E. McCoy and they married in 1965. Mildred became a mother to four stepchildren and an adopted granddaughter: Sandra, Wendell, Edwin, Priscilla, and Pamela. Mildred was an accomplished musician but her passion was singing. She was a dedicated mother first and foremost. She cherished her children and grandchildren. She loved music, playing the piano and organ, baking and was a skilled seamstress and quilt maker. During the past nine years, Mildred was under the loving and devoted care of Isaac Fleener (grandson) and Tara Fleener (Isaac's wife), Gerald (Jerry) Fleener, (son-in-law), as well as other family members and care givers.

A viewing ceremony will be held one hour before the funeral service. A celebration life will be held on October 21, 2021, 1:00 p.m. at First Southern Baptist Church 1715 West 2nd Avenue, Durango, Colorado. A reception at the church will follow after the internment at Crestview Memorial Garden. 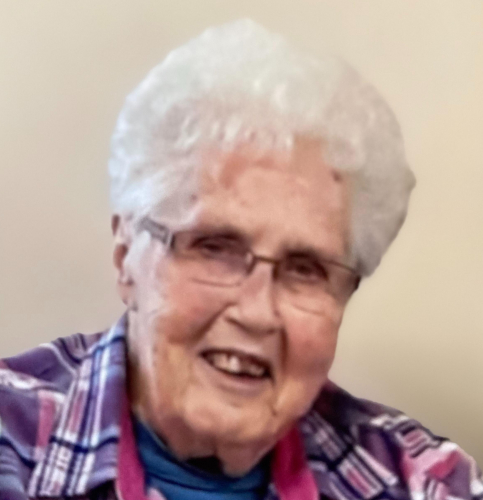 Published by Pine River Times on Oct. 14, 2021.
To plant trees in memory, please visit the Sympathy Store.
MEMORIAL EVENTS
Oct
21
Viewing
12:00p.m. - 1:00p.m.
First Southern Baptist Church
1715 West 2nd Avenue, Durango, CO
Oct
21
Celebration of Life
1:00p.m.
First Southern Baptist Church
1715 West 2nd Avenue, Durango, CO
Funeral services provided by:
Hood Mortuary - Durango
MAKE A DONATION
MEMORIES & CONDOLENCES
Sponsored by Hood Mortuary - Durango.
6 Entries
Mildred was a dear friend of our family. We always had her sing for many occasions . She and my sister Ethel called to discuss their favorite soap opera almost daily, I am so sorry for your loss , I am sure she is singing in Heaven
Pearl (Leyshon) Wiggins
November 2, 2021
I am so sorry for your loss, I worked with Mildred at Mercy's North Campus. Kind, gentle loved our Lord, best sugar cookie baker ever!! May Gods arms surround her family at this time, kathy
kathy larricq
October 20, 2021
Our thoughts and prayers are with you all. Our family shared many years as First Baptist Church members and as friends. Lord Bless You. Maxine Hoeffner, Reno, NV Cynthia Hoeffner, Durango, CO
Maxine Hoeffner
Friend
October 19, 2021
My heartfelt condolences on the loss of your mom. Mildred and I have been friends for a longtime and she will be dearly missed.
Rose Janes
Friend
October 17, 2021
Mildred was such a wonderful woman, and will be sorely missed. Condolences to her family, we pray for comfort for you all!
Keith, Becky and Aubrey Hotal
Family
October 15, 2021
Our condolences to Mildred's family. She was one of the sweetest people in the world. May She Rest In The Arms Of The Lord Forever .
Dennis McCoy
October 14, 2021
Showing 1 - 6 of 6 results