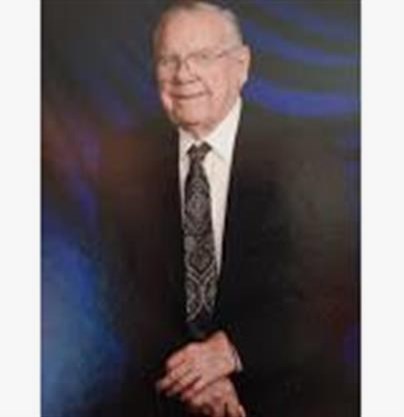 He began his education in Rule, TX, and moved to Los Angeles, CA in junior high, but returned to Rule in 11th grade where he graduated.

At age 18, he married the love of his life, Marie Mullins, on her 16th birthday. People said it wouldn't last. They celebrated 73 years together on December 7, 2020.

Marlin began work with El Paso Natural Gas Company as a mechanic in Farmington, NM. He transferred to the new EPNG field camp in Ignacio, CO for the next 21 years. While in Ignacio, Marlin served on the Ignacio school board, worked for Rocky Mountain Gas Company on his off-hours, and worked from his garage as a TV repairman.

Marlin and Marie bought the Ignacio Furniture Store from Lester Lunsford around 1963. Marlin continued to work for EPNG and ran the store with help from Marie.

His education continued through many life lessons, interests, and hobbies. Marlin enjoyed welding, painting in various mediums, hunting, fishing, gardening, flying, computers, collecting family photos, and he especially enjoyed the mental game of golf. He even created a video on how to play each hole at Pinon Hills Golf Course after he retired. Because of his artistic and welding skills, Marlin visited Bloomfield, NM to study the Bloomfield High School bleachers. After presenting his design to his EPNG superiors for approval, he and other Ignacio men constructed the high school football bleachers after work hours and with financial backing from the Lions Club. After 40 years with the company, Marlin retired from EPNG as the San Juan Division Assistant Superintendent.

A memorial service will be held Monday, July 26, at 11 am at Emmanuel Baptist Church in Farmington, NM. In lieu of flowers, contributions may be made to Emmanuel Baptist Church in memory of Marlin Brown.
Published by Pine River Times on Jul. 7, 2021.
To plant trees in memory, please visit the Sympathy Store.
MEMORIAL EVENTS
Jul
26
Memorial service
11:00a.m.
Emmanuel Baptist Church
Farmington, NM
Funeral services provided by:
Cope Memorial Chapel Farmington
MAKE A DONATION
MEMORIES & CONDOLENCES
Sponsored by Cope Memorial Chapel Farmington.
6 Entries
I was blessed to know Mr. Brown. May God give you peace, comfort and love. I will always remember you all and precious Mr. Brown.
Dawn Fowler
August 23, 2021
I worked with Marlin for years. He was such nice man. I am so very sorry for your loss.
Bobby Horvath
Work
July 12, 2021
My condolences to Marlins family. I had the pleasure of working with him in the early years of my career at EPNG. Upstanding man.
Bill McDaniel
Friend
July 9, 2021
Marlin was a kind, gentle man. Our condolences to Randy, Vida and the family.
Ray and Tammy
July 9, 2021
It´s never easy to lose a parent. My prayers are with you as you grieve.
Don
Friend
July 8, 2021
So sorry Minnie and all. Prayers
Beth
Friend
July 6, 2021
Showing 1 - 6 of 6 results