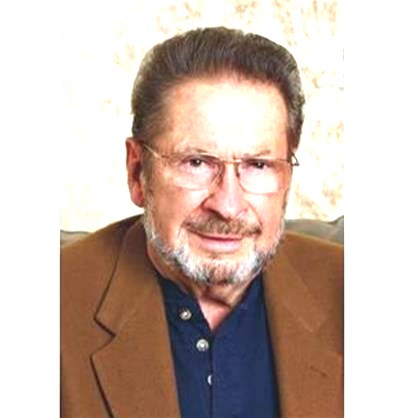 FUNERAL HOME
Norvel Owens Mortuary - Flagstaff
914 E. Route 66
Flagstaff, AZ
HINNEN, James ("Jim") Edwin, age 83, passed away on December 10, 2020 in Flagstaff, Arizona. Jim was a farmer, soldier, banker, and entrepreneur. He lived most of his life in Kansas and New Mexico. His retirement years were enjoyed in Durango, Colorado and most recently at their lovely home in Cottonwood, Arizona. In 1977, Jim moved his family from his birthplace of Potwin, Kansas to Albuquerque, New Mexico to start a new business venture with Midas International Corporation. He was remarkably successful from the beginning, and within just a few years, his one franchise location was already listed as one of the Top 5 most successful new franchisee's in the United States. This achievement motivated him to expand his business adding 3 more stores in the Albuquerque metro area all while leading the pack in the Southwest Region. Jim was not only known for his strong work ethic but also loved to fish, hunt, and travel. Most of all though, his true passion was flying. The family jokes that he learned to fly before he could drive. Jim began flying small "puddle jumper" planes and larger Piper, Beechcraft as well as ferried airplanes for Cessna Aircraft Company in Wichita, Kansas and throughout North America. Jim also had a soft spot for helping others. He joined the New Mexico Civil Air Patrol and helped with searching for individuals and groups that were lost or went missing, including a profoundly serious mission that saved the lives of a group of teenagers lost in the Sangre De Cristo Mountains.

Jim married his high school sweetheart, Shirley Ann (Broyles) while he was in the Army in Langendiebach, Germany. They made it official yet again when they returned home and settled into their lives back in Kansas.

Given travel restrictions and limited group gatherings, specific dates and times for funeral services will be announced on social media as the family monitors a realistic and safer time to have the actual funeral. His ashes will be buried at McGill Cemetery in Potwin, Kansas. Plans include a 'Celebration of Life' in El Dorado, Kansas the evening before the actual funeral the following day in Potwin, Kansas. Details will be provided once these plans become finalized. In the meantime, any memorial contributions may be directed in memory of The James E. Hinnen Family Memorial Fund to the Potwin Christian Church located at 224 Violet, Potwin, Kansas 67123. Memories and condolences can be shared with the family at norvelowensmortuary.com.
Published by Pine River Times on Jan. 20, 2021.
To plant trees in memory, please visit the Sympathy Store.
MEMORIAL EVENTS
To offer your sympathy during this difficult time, you can now have memorial trees planted in a National Forest in memory of your loved one.
Funeral services provided by:
Norvel Owens Mortuary - Flagstaff
MAKE A DONATION
MEMORIES & CONDOLENCES
Sponsored by Norvel Owens Mortuary - Flagstaff.
4 Entries
I remeber Jim as a good businessman and fellow Rotarian at Del Norte Rotary. He was always friendly with a warm smile.
Michael Madanick
Friend
January 24, 2021
Rest James, until you hear at dawn,
the low, clear reveille of God.