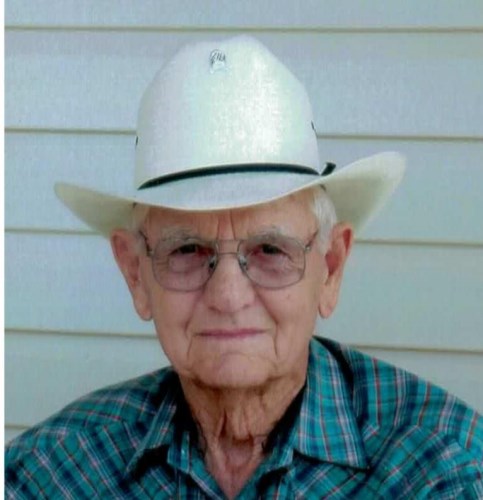 BORN
1927
DIED
2021
Frank Ludwig, Jr. was born in Bayfield, CO., on Sept. 7, 1927, to Henry Frank and Iza Ludwig. He passed away Oct. 15, 2021. He spent his life ranching in the Pine River Valley and Weminuche Valley north of Pagosa Springs, taking time off to serve in the Navy during World War II. In his later years, he and his wife Opal spent their winters in Wickenburg, AZ and traveled throughout the states. Jr. is remembered by many in Bayfield being the only "cowboy" who took his daily walks wearing his cowboy hat and boots.

He was very active in the local Elks Club, Cattlemen's Association, and former board member of Basin Co-Op, Los Pino Ditch Co. and Schroder Ditch Co. He was thought of as the "patriarch" of the Ludwig families in Bayfield and will be missed by family and friends.

In lieu of flowers, please make donations to Upper Pine River Fire District, 515 Sower Dr., Bayfield, CO 81122.
Published by Pine River Times on Oct. 19, 2021.
To plant trees in memory, please visit the Sympathy Store.
MEMORIAL EVENTS
Oct
23
Graveside service
2:00p.m.
Pine River Cemetery
Bayfield , CO
MAKE A DONATION
MEMORIES & CONDOLENCES
2 Entries
Junior and Opal were very important people to me when I was growing up. Remembering many memories of my Dad, Mom, Uncle Phil and Aunt Rosalie, the Ryans and all of us kids together. Sincere condolences.
Judi McConnel Dyer
Friend
October 28, 2021
Junior and Opal were close friends of our family from before I was born. Junior was there and an important part in many of the most enjoyable times of my life. I'll always remember his grin and fun-loving spirit. He surely will be missed!
Judy Carmack Green
Friend
October 19, 2021
Showing 1 - 2 of 2 results