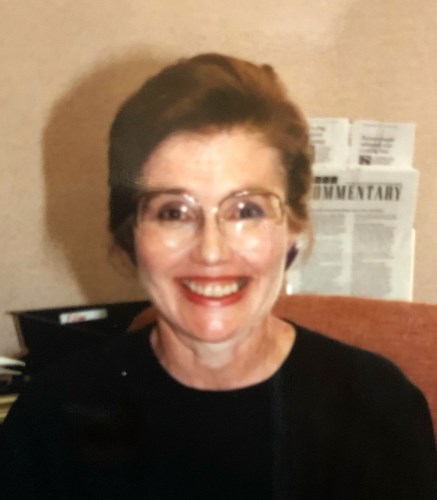 BORN
1939
DIED
2021
Former longtime Durango resident Catherine Elizabeth Dodd passed away peacefully On Sunday, November, 7, 2021 in Fountain Hills, Arizona. Born to Preston and Marion Painter in Harding County, South Dakota on October 9, 1939, she was raised on the family ranch with her four brothers and four sisters. Cathy married Richard Dodd of Spearfish, South Dakota in 1957 and gave birth to her daughters Dee Ann and Natalie before moving to Cortez, Colorado in 1961.

Once settled in their new home, Cathy began working as a teller in Cortez where the family welcomed their son, Greg, and moved to Durango. Professionally ahead of her time, she continued her banking career by joining First National Bank where she would work for more than 30 years. After retiring as their Vice President, she continued energetically in the field as a financial advisor. Cathy was an active member of the community and was a positive influence on her coworkers, clientele, and friends. She helped make Durango a better place to live through her participation in various community organizations, and in her retirement, she enjoyed her friends in Garden Club and pursuing her favorite hobby as a quilter. Cathy was a loving and dedicated daughter, sister, wife, Mother, Grandmother, Great Grandmother, and friend to all that knew her.

A celebration of her life will be held Friday, December 3, 2021 at 11:00 AM at the First Presbyterian Church in Durango. In lieu of flowers, her family asks that friends can make a tribute donation to the Alzheimer's Association @ alz.org.
Published by Pine River Times on Nov. 15, 2021.
To plant trees in memory, please visit the Sympathy Store.
MEMORIAL EVENTS
Dec
3
Celebration of Life
11:00a.m.
First Presbyterian Church
Durango, CO
MAKE A DONATION
Please consider a donation as requested by the family.
MEMORIES & CONDOLENCES
3 Entries
Cathy was a friend, neighbor and mentor. Even though I had lost touch with her after leaving Durango, I will miss her in this world. A true Lady,
Elaine Brown
November 20, 2021
I started employment at First National Bank in 1975. We were so much younger then! Kathy was a very bright lady and fair with all of her employees and I enjoyed working with her. Lost touch with her after I left FNB. So sorry to hear of her passing and my condolences' to her family.
Gifford Holt
Work
November 20, 2021
CATHY WAS MY BEST FRIEND AT FIRST NATIONAL FOR ALL THE YEARS SHE WORKED THERE. I WISH I HAD KNOWN SHE WAS IN FOUNTAIN HILLS. I HOPE HER FINAL YEARS WERE PEACEFUL AND HAPPY ONES, SHE DESERVED IT. A BEAUTIFUL LADY, HER FAMILY CAN BE PROUD .
CHARLES BLACK, SEDONA
Friend
November 18, 2021
Showing 1 - 3 of 3 results