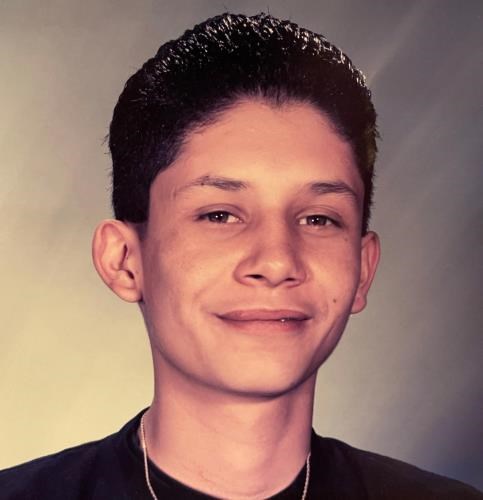 Billy Jack was born on February 11, 1978 to Bonnie K. Baker in Durango, CO. He was a member of the Southern Ute Indian Tribe. Billy Jack had a life changing accident when he was 15 years old. At the time he was attending Ignacio High School. He soon mastered life while being confined to a wheelchair and went on to graduate from Ignacio High School. Billy Jack carried his disability with honor, bravery and determination. He still wanted to maintain his independence and dignity. Billy Jack was a member of the Yellow Jacket drumming group in which he took great enjoyment and pride in. He also sponsored and coached a winning softball team. He most enjoyed hunting and fishing. One cannot express the joy he felt while being out in the wilderness, surrounded by nature, all while being in a wheelchair.

He is preceded in death by his grandfather and grandmother Christopher and Ester Baker, Sr. and his great grandfather Julian Baker.

The family wishes to thank Dr. Weiss and the rest of the ICU staff. Memorial contributions may be made in Billy Jack's memory to the Southern Ute Indian Montessori Academy or the Southern Ute Boys and Girls Club.

A rosary will be recited at 9am on Monday, November 1, 2021 at St Ignatius Catholic Church, with Mass of Christian Burial following at 10am. Burial will take place after services at La Boca Cemetery.
Published by Pine River Times on Oct. 28, 2021.
To plant trees in memory, please visit the Sympathy Store.
MEMORIAL EVENTS
Nov
1
Rosary
9:00a.m.
St Ignatius Catholic Church
CO
Nov
1
Mass of Christian Burial
10:00a.m.
St Ignatius Catholic Church
CO
Funeral services provided by:
Hood Mortuary - Durango
MAKE A DONATION
MEMORIES & CONDOLENCES
Sponsored by Hood Mortuary - Durango.
5 Entries
We love you little brother, you´ll truly be missed. Rest In Peace homie.
Friend
October 30, 2021
My heartfelt sympathies to Bonnie and her family. Sending you all much love.
Susie Livingston
October 29, 2021
Billy Jack will be missed by so many. I enjoyed it whenever he came and hung out in my classroom. We had a special relationship and I will forever hold him in my heart.
Mari Jo Owens
October 29, 2021
Deepest sympathy to all. this loss is a tough one Billy Jack was always so nice and friendly and polite, interacted with the children very well he love them and they loved him . I love Billy Jack we all loved Billy Jack. May the Lord comfort you and know I will be praying for him to rest in peace and accept him into paradise
Debbie valencia
Friend
October 29, 2021
A lot of people will be missing Billy jack for a long time to come. There's not many people in this area that Billy didn't help. He was a wonderful friend to all who knew him. Love you Billy. I'll miss you very much.
Deborah Tuck
Friend
October 29, 2021
Showing 1 - 5 of 5 results