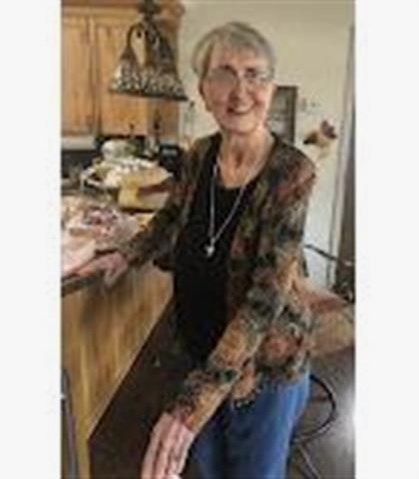 BORN
1938
DIED
2021
UPCOMING SERVICE
Celebration of Life
Dec, 4 2021
11:00a.m.
River Church Chapel
Send Flowers
Sondra Celeste Carmack left this earth on October 29, 2021, at the age of 83. She is now whole and enjoying the wonders of heaven in the presence of her Savior.

Sondra was born February 9th, 1938, in Durango Colorado to Walter "Rody" and Hazel Carmack. She was the second of four children and enjoyed a happy childhood in Bayfield Colorado surrounded by a large family.

She moved with her family to Fullerton California in 1953. It was there that she finished high school, met, and later married Howard Lotze in 1956. This marriage blessed them with three children in three years, Julie, Stephen, and Susan, before ending in 1962.

Sondra knew what she wanted and was not afraid to work for it. After earning a degree as a Registered Nurse, she continued to provide a good life for her three children. She bought a house and ensured they were loved and cared for, sharing many wonderful times together.

In 1971, after suspecting she had a brain tumor because of the roaring she was experiencing in her ear, she underwent testing to confirm the diagnosis and later a surgery to remove the tumor, which unfortunately left her with a deaf ear and other challenges, including the ability to work full-time, so the decision was made in 1974 to move back to Durango, where she would have support from her extended family while continuing to heal.

Once she recovered, she was able to resume her nursing career, first at Mercy Hospital and later at San Juan Regional Hospital when she moved to Farmington, New Mexico after her marriage to Charles Borum in 1978. Although they were only married until 1984, their union blessed her with her stepdaughter, Deborah Cooley, with whom she has stayed in touch over the years.

She continued her career at San Juan Regional for many years before leaving for a season to provide in-home nursing care, first to her father and later for others. She loved being able to supply quality care to her patients and family. Nursing was indeed her calling.

Sondra led a vibrant social life and was thrilled when she was accepted as a member of the Daughters of the American Revolution. She was an active member of Emmanuel Baptist Church in Farmington, served as a volunteer Ombudsman as well as delivered Meals on Wheels, which she greatly enjoyed. She loved staying active in life, both serving in her community and traveling throughout the years.

One of her favorite volunteer positions was with Meals on Wheels, where she was a bright source of joy. She loved taking meals to deliver to the "old people" as she would say since she was a young woman at only 73!

On May 10, 2011, Sondra suffered a Traumatic Brain Injury when she stepped backward off the curb while loading her car with meals to be delivered. After being treated in both ICU and rehab, Sondra came home to live with her daughter, Susan, son-in-law Bryan, and grandson, David in Mancos Colorado. She was able to recover to the point of being able to walk with the aid of her walker and do self-care. While no longer able to communicate clearly with words, she showed her love through hugs, smiles, and laughter!

She was a survivor! She often said the best decision of her life was choosing to receive Jesus as her Lord and Savior. Through many trials and troubles in this life, her beliefs remained strong and carried her until her faith became sight when the Lord called her home while in Good Samaritan Hospital in Lafayette Colorado. Our hearts grieved that she was far from her physical home at the end, but we know she was with her Savior as he guided her gently to her eternal dwelling.

Sondra was preceded in death by her mother and father, brother, Wiley Carmack, and step-granddaughter, Hannah Hoffman. What a grand reunion they are sharing and best of all, she is with Jesus forevermore.

Please join us for a Celebration of Life Memorial Service at 11 am on December 4th, 2021, at River Church Chapel, 860 Plymouth Drive, Durango, Colorado 81301. Interment will follow at Bayfield Cemetery.
Published by The Durango Herald on Nov. 18, 2021.
To plant trees in memory, please visit the Sympathy Store.
MEMORIAL EVENTS
Dec
4
Celebration of Life
11:00a.m.
River Church Chapel
860 Plymouth Drive, Durango, CO
MAKE A DONATION
MEMORIES & CONDOLENCES
0 Entries
Be the first to post a memory or condolences.