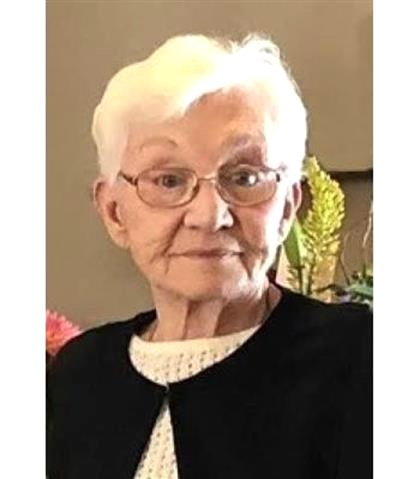 BORN
1933
DIED
2021
Lifelong La Plata County resident Jolene Newbold went to meet her Heavenly Father on December 5, 2021. Jolene was born to Clem and Oma (Robertson) Biggs on April 23, 1933 near Allison, Colorado. She and her sister "Joan" were raised on the family's Spring Creek Ranch at the foot of the HD Mountains. Jolene attended elementary school in Ignacio, Colorado, and later attended boarding school at Campion Academy in Loveland, Colorado. She briefly attended Walla Walla University in the State of Washington.

Jolene was married to Jack Newbold at the Spring Creek Ranch on October 24, 1953. Together they raised four children, Christine, Keith, Scott, and Herb. Jolene was an excellent cook and enjoyed hosting holiday dinners, picnics, birthdays, and other family events. She grew a beautiful garden and was known throughout the area for her raspberry plants. Each year she canned or froze many dozens of quarts of fruits and vegetables. Jolene was a good mother and mentor to her children and grandchildren and attempted to instill in each her strong values and work ethic. She always took great pride in their accomplishments. She was an active member of the Seventh Day Adventist Church in Durango.

Jolene was always interested in performing and listening to concert music. Durango had limited opportunities for performing arts back in those days, so Jolene became heavily involved in establishing the Community Concert Association in the 1960s. She played the sousaphone and tuba while in school and later as an adult in several area concert bands and orchestras. She was an accomplished pianist and organist. She was extremely proud of the fact that she taught numerous area children and adults how to play the piano. She also insisted that each of her own

children learn at least one musical instrument in addition to the piano.

Jolene loved collecting all manner of odds and ends, including antique bottles and insulators, depression glass, bells, frog figurines, and vintage barbed wire. She often entered her collections in the La Plata County Fair and won many grand champion and blue ribbons.

Jolene is survived by her son and daughter-in-law, Herb and Lynda Newbold of Louisville, CO, and by her son, Keith Newbold of Durango. Also, surviving are her grandchildren Haley Newbold, Kristi Newbold (Greg), and Devin Newbold of Durango. She is also survived by three nieces. Jolene was preceded in death by her husband Jack, son Scott, daughter Christine, son-in-law Herb Musselman and daughter-in-law Cheri (Giersch) Newbold. Also preceding her death were her parents and her sister, Joan Wade.

Memorial Services will be held at the Seventh Day Adventist Church located at 1775 Florida Road, Durango on Sunday, January 2, 2022 at 2:00 p.m.

In support of life, and per Jolene's wishes, her body was donated to Science Care, a whole-body donor program.
Published by The Durango Herald on Dec. 14, 2021.
To plant trees in memory, please visit the Sympathy Store.
MEMORIAL EVENTS
Jan
2
Memorial service
2:00p.m.
Seventh Day Adventist Church
1775 Florida Road, Durango, CO
MAKE A DONATION
MEMORIES & CONDOLENCES
4 Entries
Thinking of, and praying for the Newbold family today. Jolene was like a church mom to me, teaching me in Sabbath School and Vacation Bible School. I adored Jolene and looked up to her all of my life. I loved listening to her play the piano in church, and I always wanted to take piano lessons from her. Jolene always seemed so elegant and graceful to me, and she was always so kind to me. I'm so disappointed that I was not able to attend her memorial service today. She will always be one of my "moms", and I look forward to seeing her again one day in heaven. Much love to the remaining Newbold family members.
Violet E. Kelley
Friend
January 2, 2022
I wish to extend my condolences to the Newbold family. I have warm memories of Jolene. She was always so nice to me. She was talented, and so much fun. What a terrific lady.
Patricia Birket Neiman.
December 31, 2021
Hoping your New Year is filled with family, friends and many wonderful memories of your Mother. Hope to see you soon.
Chris Howe
Friend
December 29, 2021
Grief can be so hard, but our special memories help us cope. Remembering you and your loved one today and always.
Pat Jeckel
Friend
December 15, 2021
Showing 1 - 4 of 4 results