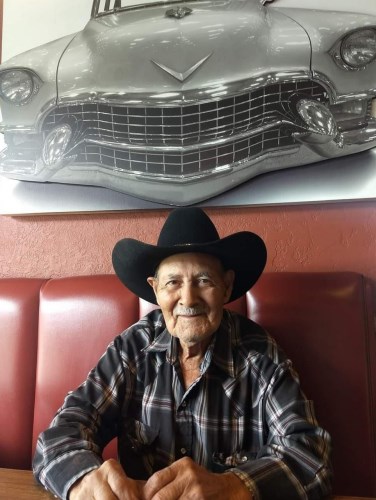 Fred was born in Bonita Canyon, NM to Silviano and Serefina Archuleta on July 28, 1936. He was the 7th of 9 children. Fred grew up on the family ranch of 320 acres, with a schoolhouse on the property. Later on the family split the acreage between siblings, which made them all stay very close. Fred enjoyed spending time outside, gardening, fishing or just maintaining his property. Fred was single most of his life, so the family would seek his help with their own property maintenance. He enjoyed helping all of his siblings and the occasional eating out or just running errands. All his family adored him, he was the quiet, kind, perfect brother and uncle.

Fred is survived by sister, Ursula Davies, several nieces and nephews and many cousins.

Fred will be interred with his father at Greenmount Cemetery at later date and a memorial service will be held in the Spring of 2022.
Published by The Durango Herald on Oct. 23, 2021.
To plant trees in memory, please visit the Sympathy Store.
MEMORIAL EVENTS
To offer your sympathy during this difficult time, you can now have memorial trees planted in a National Forest in memory of your loved one.
Funeral services provided by:
Hood Mortuary - Durango
MAKE A DONATION
MEMORIES & CONDOLENCES
Sponsored by Hood Mortuary - Durango.
4 Entries
Sorry to hear of Fred passing. Whenever I seen Fred. He would always talk about his ranch and how the weather was doing. Fred would always had a smile and was always happy. RIP Fred my friend until we met again. Adios Amigo...
Phillip M.
November 30, 2021
Rest in peace uncle...You were such a wonderful man and may your memories live on...Love you and miss you...
Melissa Maestas
Family
October 27, 2021
To a Beautiful soul that was touched by many. You were the best Uncle ever. Thank you so much for taking the time to be in our lives. Your laugh. Your smile and your love. You will be missed. Forever in our hearts.
Mary Serrano
Family
October 25, 2021
In loving memory of a wonderful, kind , fun Uncle. We love you and miss you always. Adios Tio.
Linda Archuleta
Family
October 24, 2021
Showing 1 - 4 of 4 results