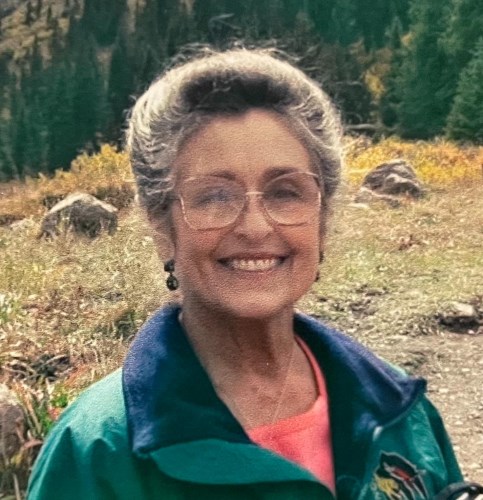 BORN
1942
DIED
2021
ABOUT
Shades Valley High School
FUNERAL HOME
Hood Mortuary - Durango
1261 East Third Avenue
Durango, CO
On October 22, 2021, Carol Nell Knight (Carlson) Seale took the hand of her loving Savior, Jesus Christ as he said to her "...well done, good and faithful servant..." Matthew 25:21. No longer will she be tethered by a body that betrayed her but rather dancing with her Jesus. The legacy she leaves is one of love. Above and beyond any accomplishments, she loved and shared Jesus with all she knew.

She was born in 1942 in San Jose, California where her father was stationed in the Army. They moved to Birmingham, Alabama before he was deployed in World War II. She spent the rest of her childhood in Birmingham. After graduation from Shades Valley High School, she pursued Biology at Brenau University in Georgia. She and Bobby Carlson started their family.

They moved around many places, including France before she found her happy place in Dolores, Colorado. There she discovered her passion for Jersey cows, sunsets and all the beauty of the Rocky Mountains. Her dream was to return to Colorado where her children currently live.

After Carol's passing, her son Eugene Knight Carlson of Bayfield, CO went to meet her on October 27, 2021.

A celebration of her life will be held at Ridout's Valley Chapel in Homewood, AL on November 8, 2021 at 10:00 am. Please join us to celebrate a life well lived and a promise for eternity. In lieu of flowers, the family suggests a donation be made to CureSearch.org for Children's Cancer.
Published by The Durango Herald on Nov. 4, 2021.
To plant trees in memory, please visit the Sympathy Store.
MEMORIAL EVENTS
Nov
8
Celebration of Life
10:00a.m.
Ridout's Valley Chapel
Homewood, AL
Funeral services provided by:
Hood Mortuary - Durango
MAKE A DONATION
MEMORIES & CONDOLENCES
Sponsored by Hood Mortuary - Durango.
0 Entries
Be the first to post a memory or condolences.